After looking at this I am officially cancelling my model building. This is crazy.

Brian said:
After looking at this I am officially cancelling my model building. This is crazy.
Click to expand...

LOL ! Keep building ,we all feel like that sometimes.

Well, if you insist.

Hi all, I have completed the Millennium Falcon. This was The Force Awakens version of the kit that I have converted to the Star Wars A New Hope version by adding a round satellite dish from the Shapeways 3D printing company. I used various pigments with Tamiya X20A to weather the model and Tamiya extra thin cement to chip and distress the decals. I was also lucky enough to buy a 1/144 Bandai TIE advanced and TIE fighter kit off eBay for a good price from a UK seller. These have been built and added into the hanger bay. Next I will be adding the Stormtroopers and the Darth Vader figure along with the final detailing. 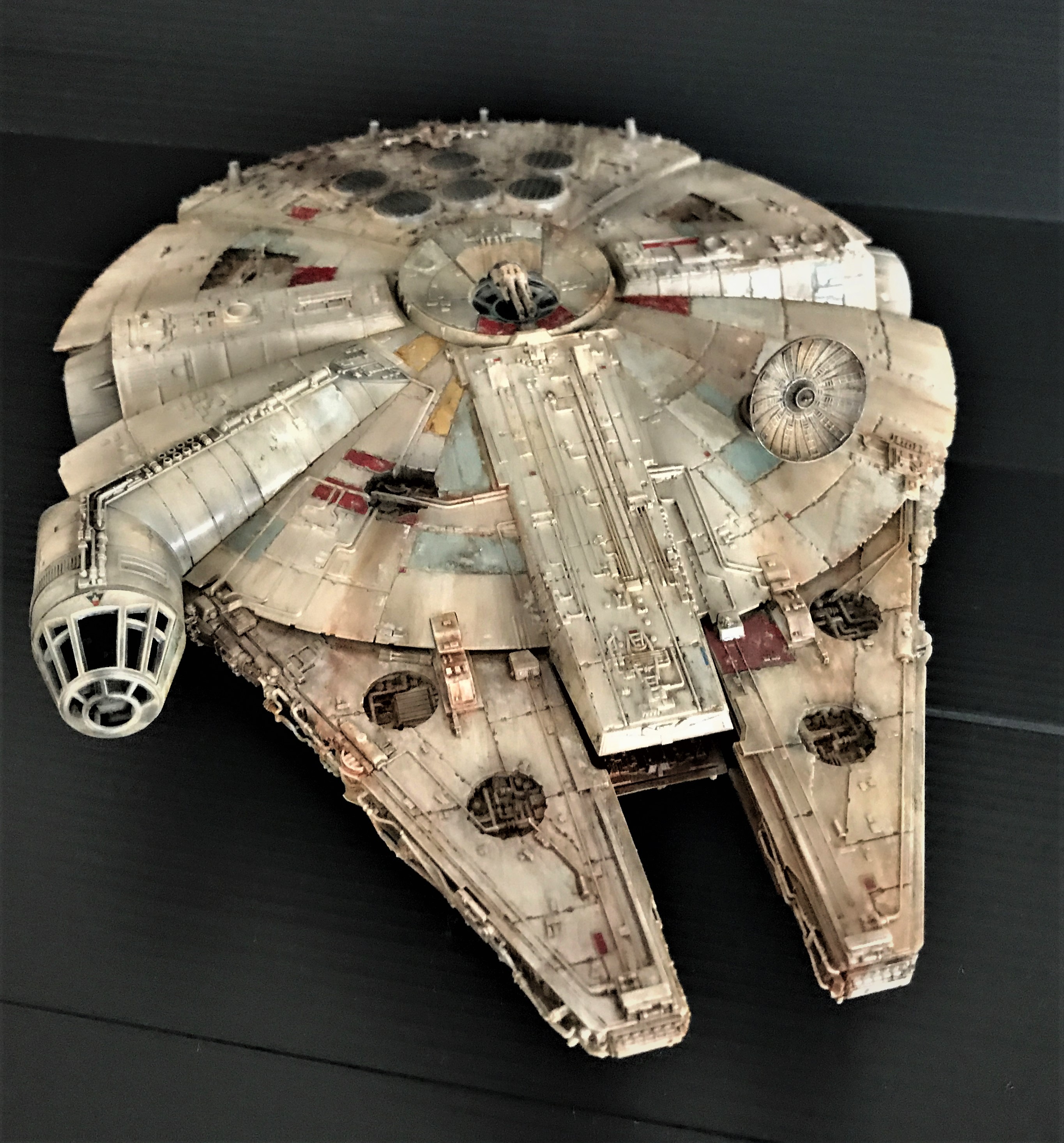 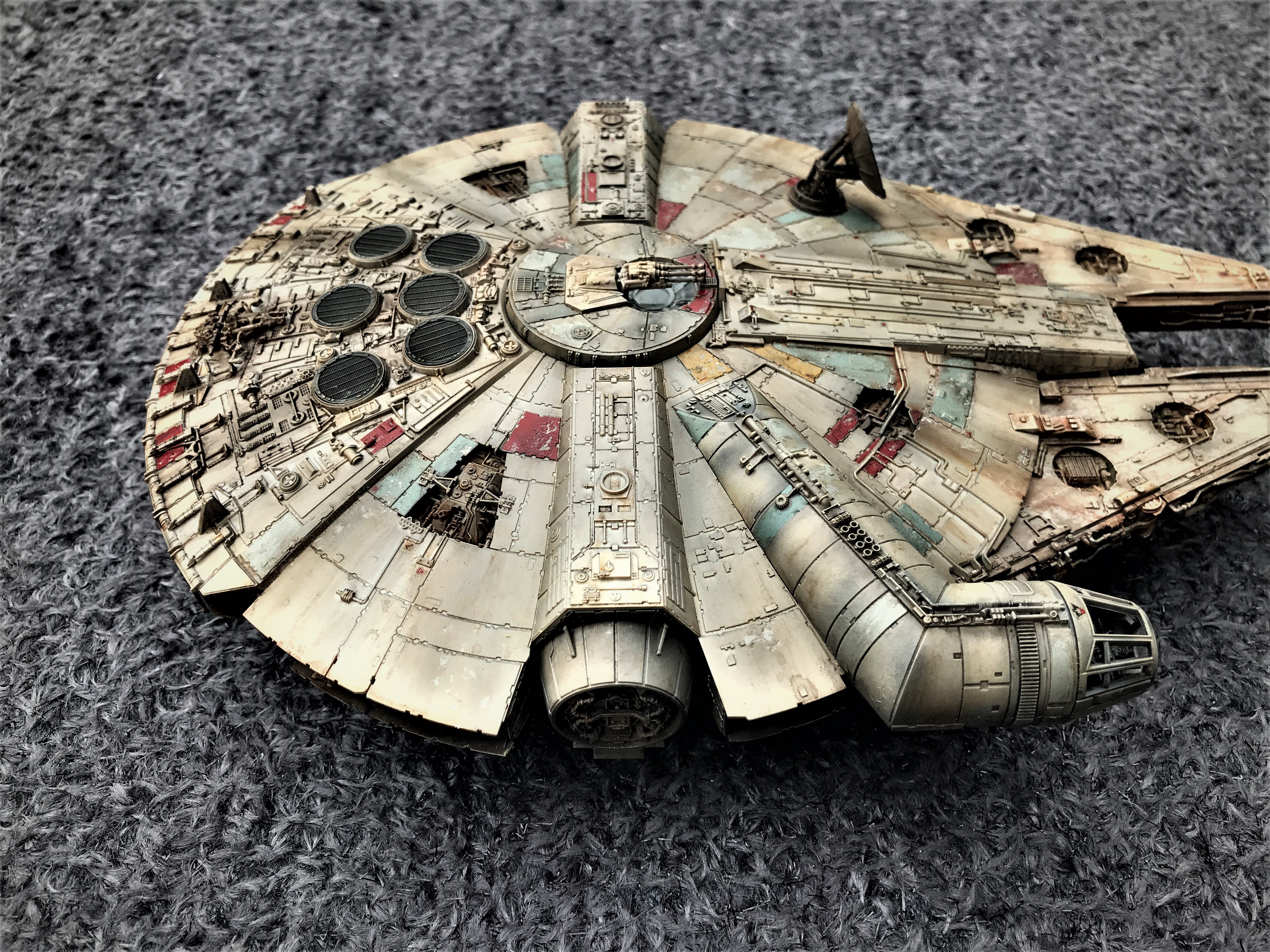 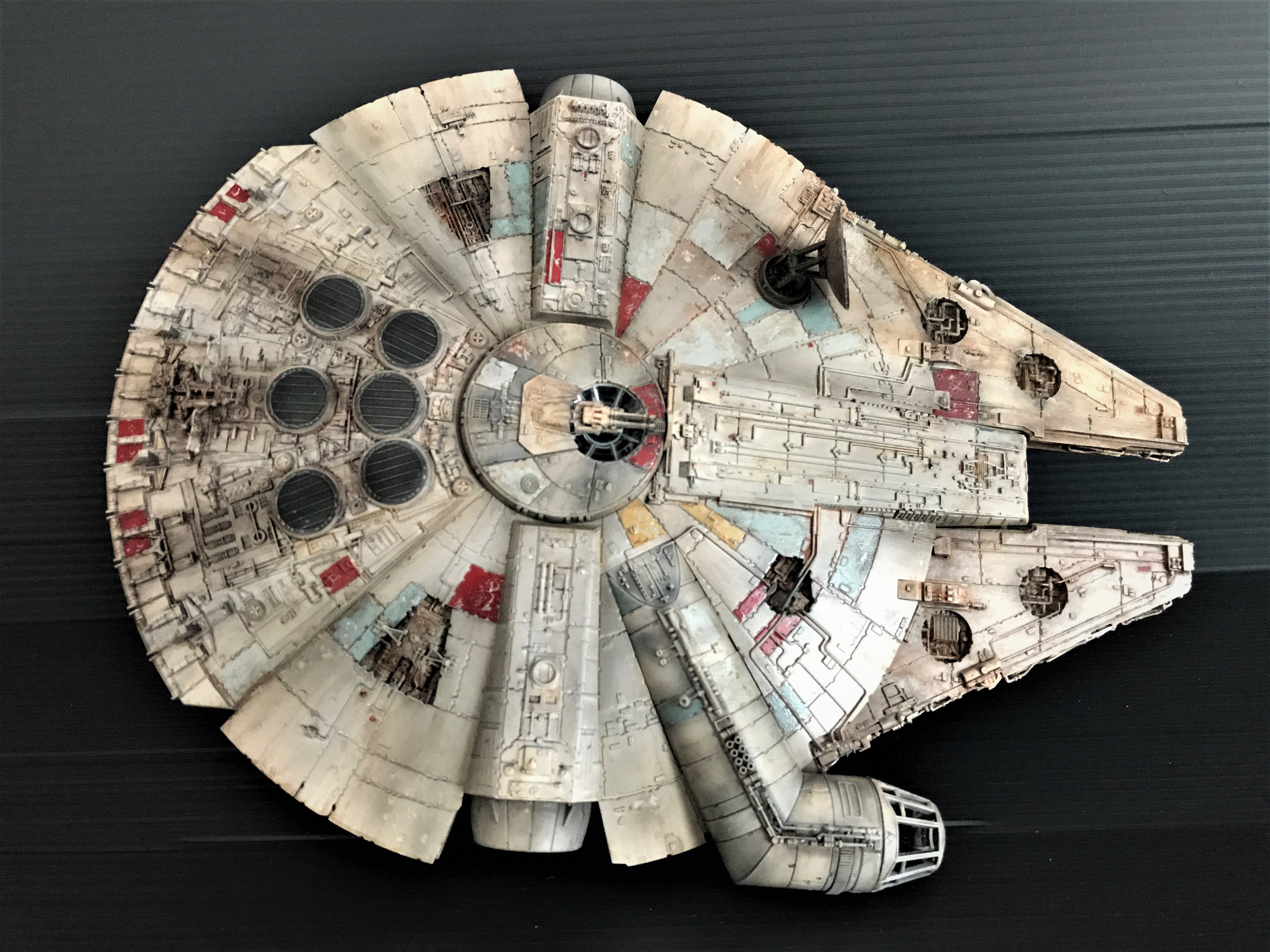 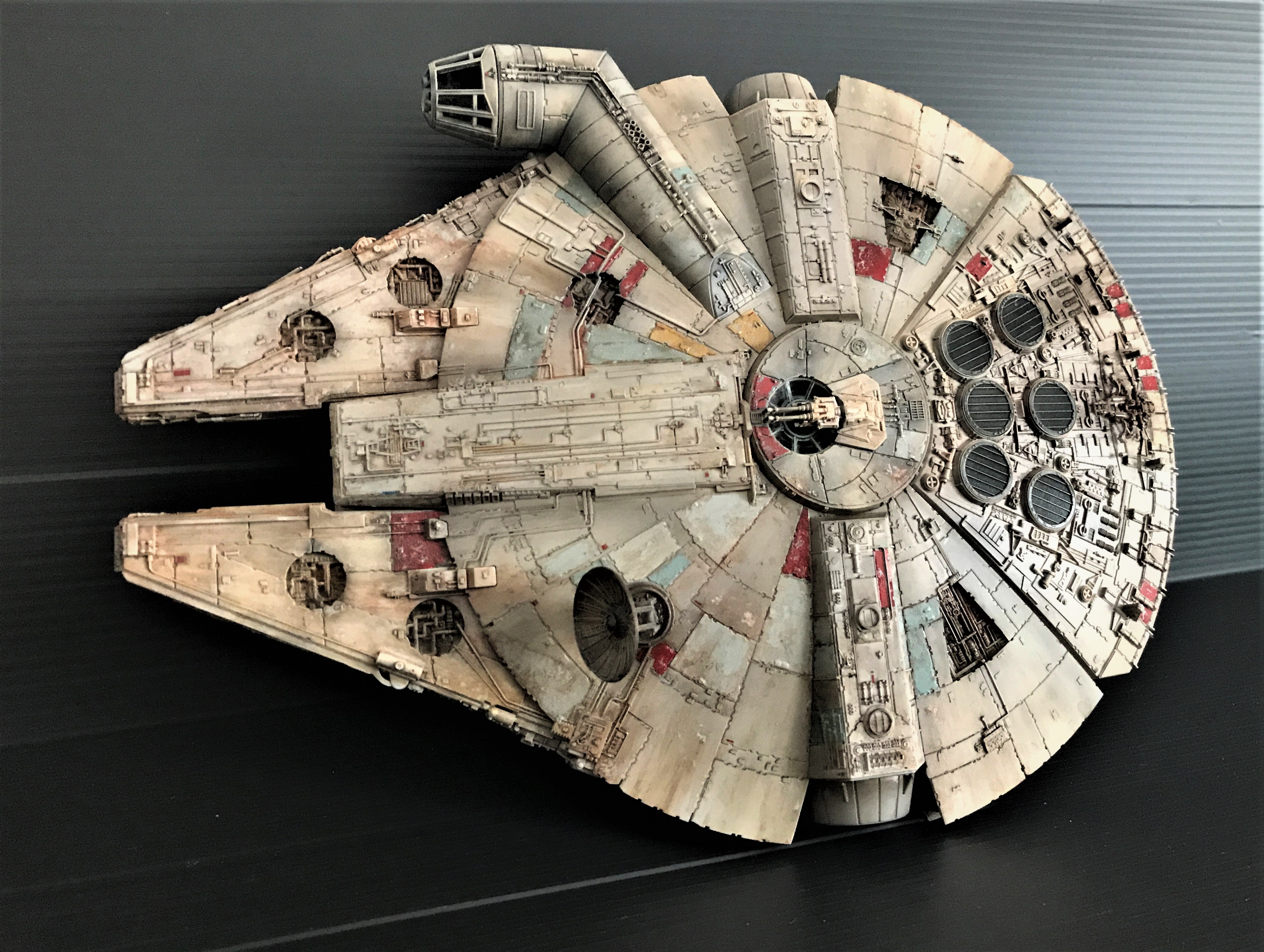 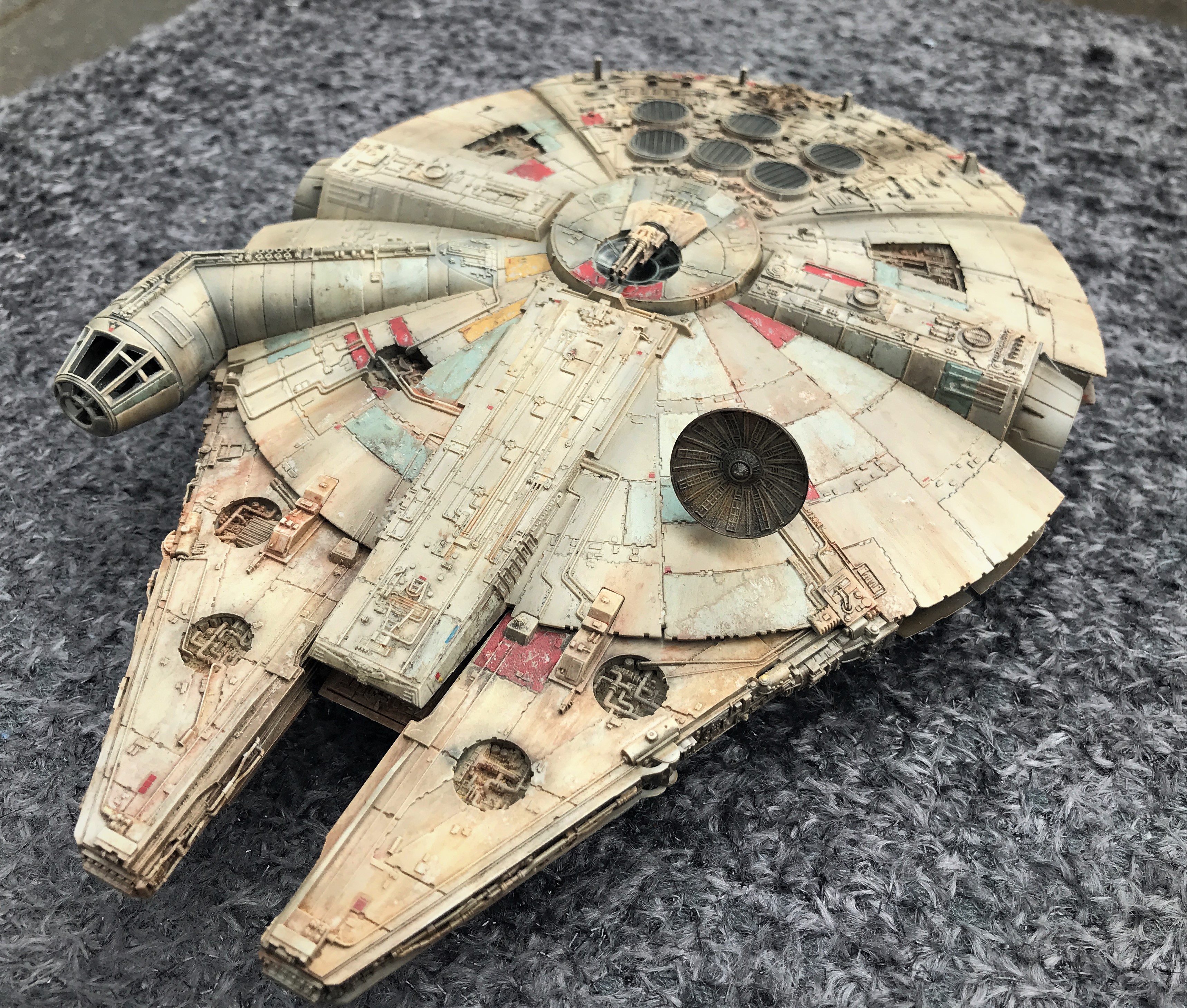 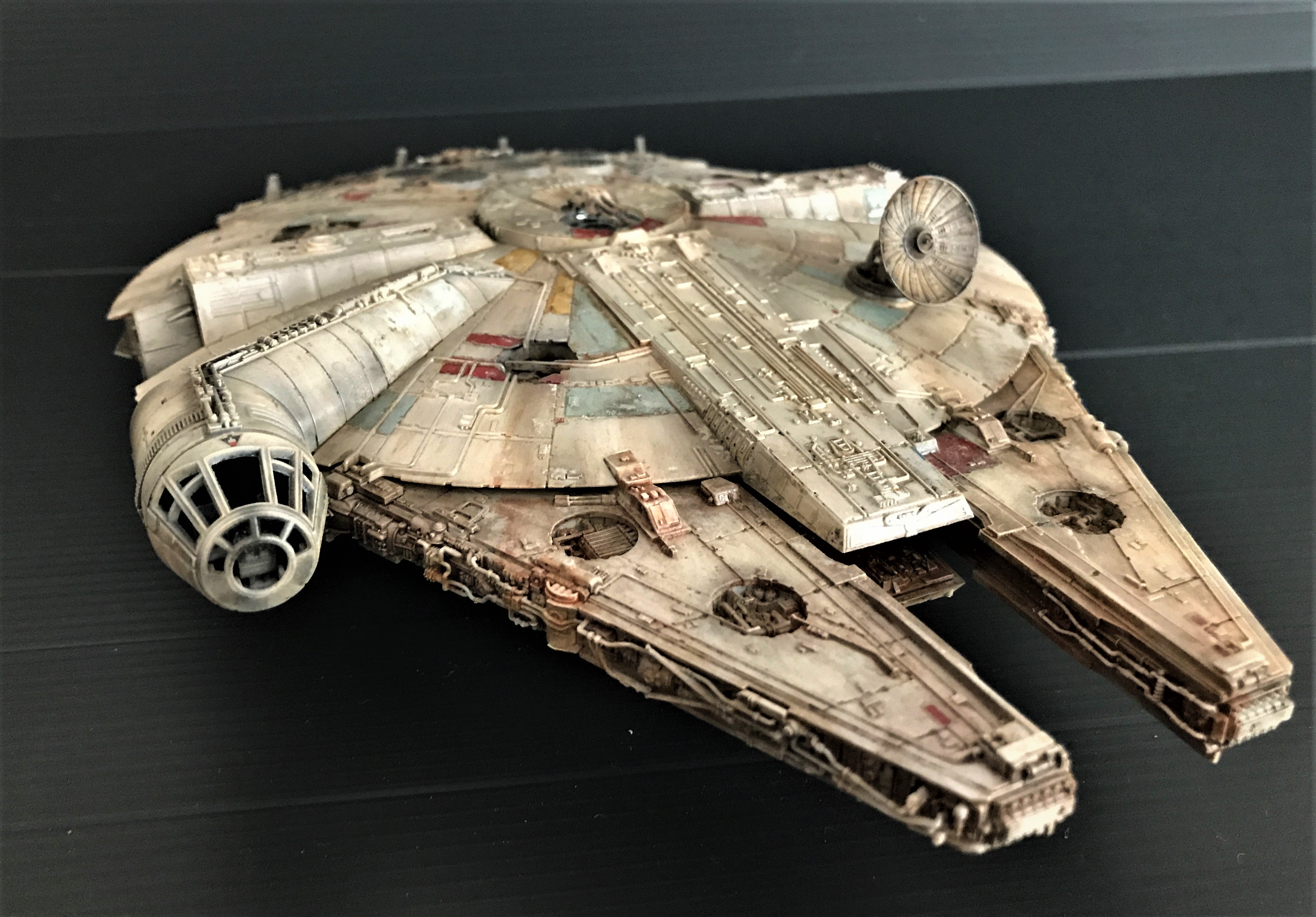 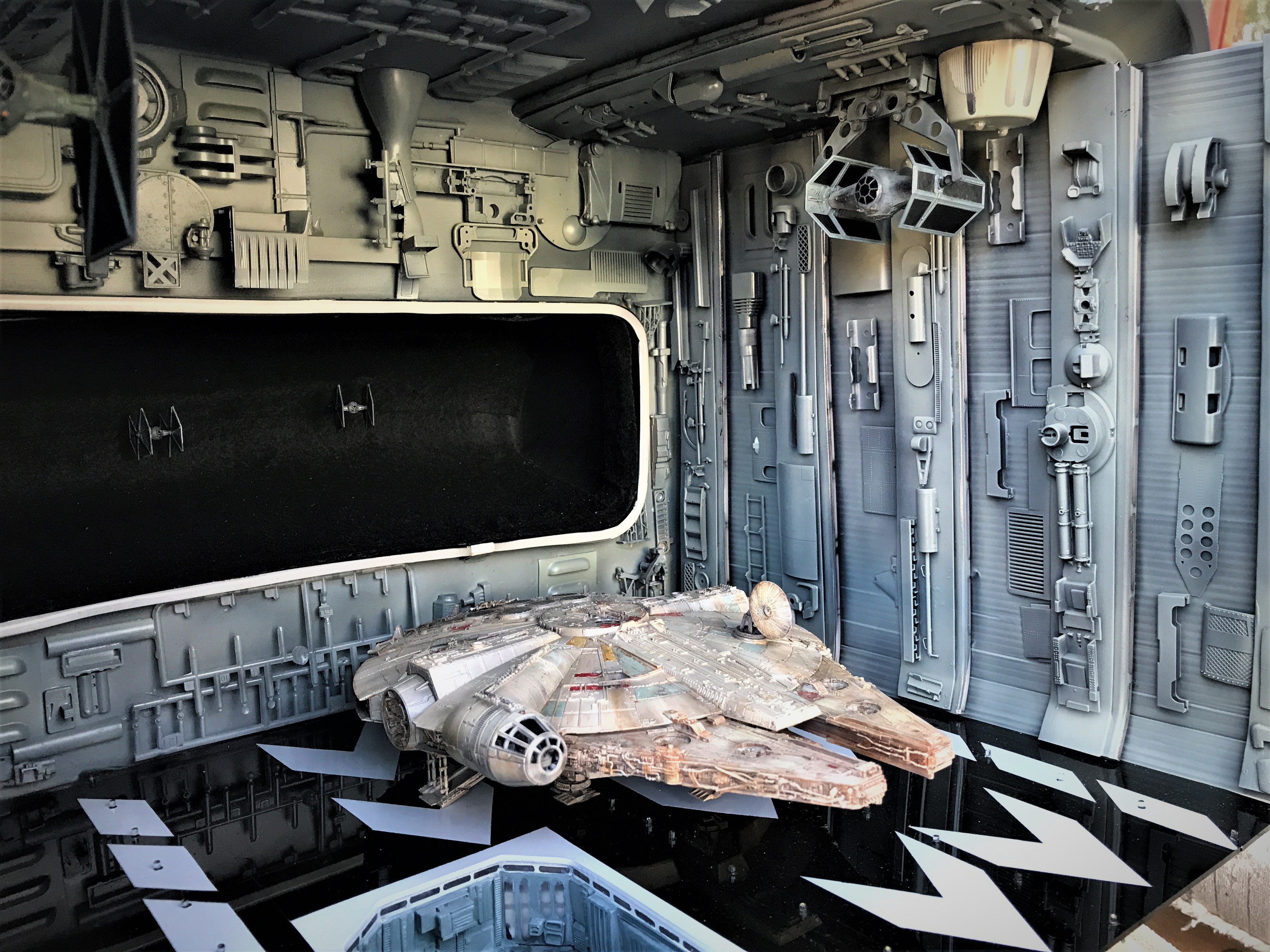 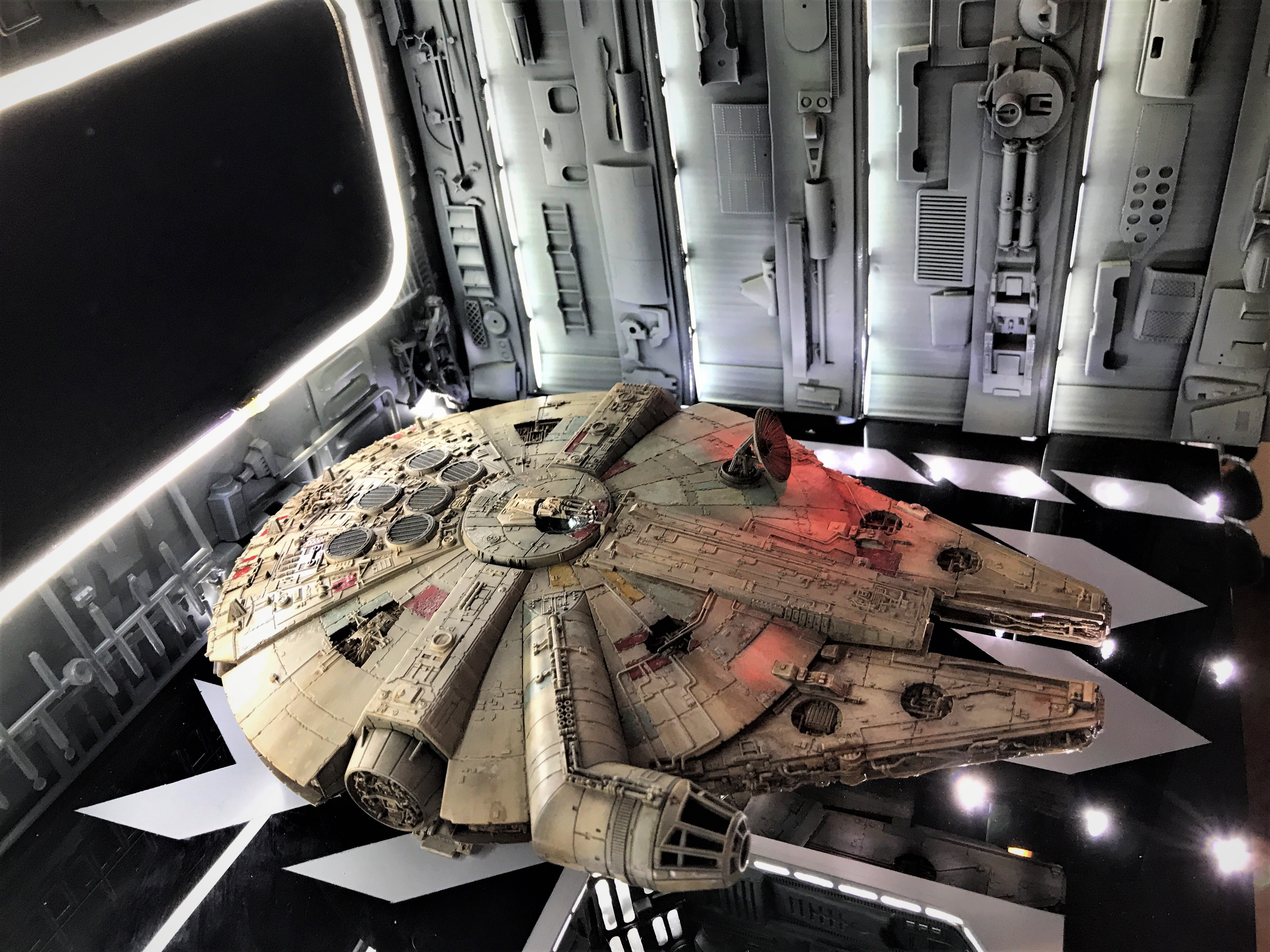 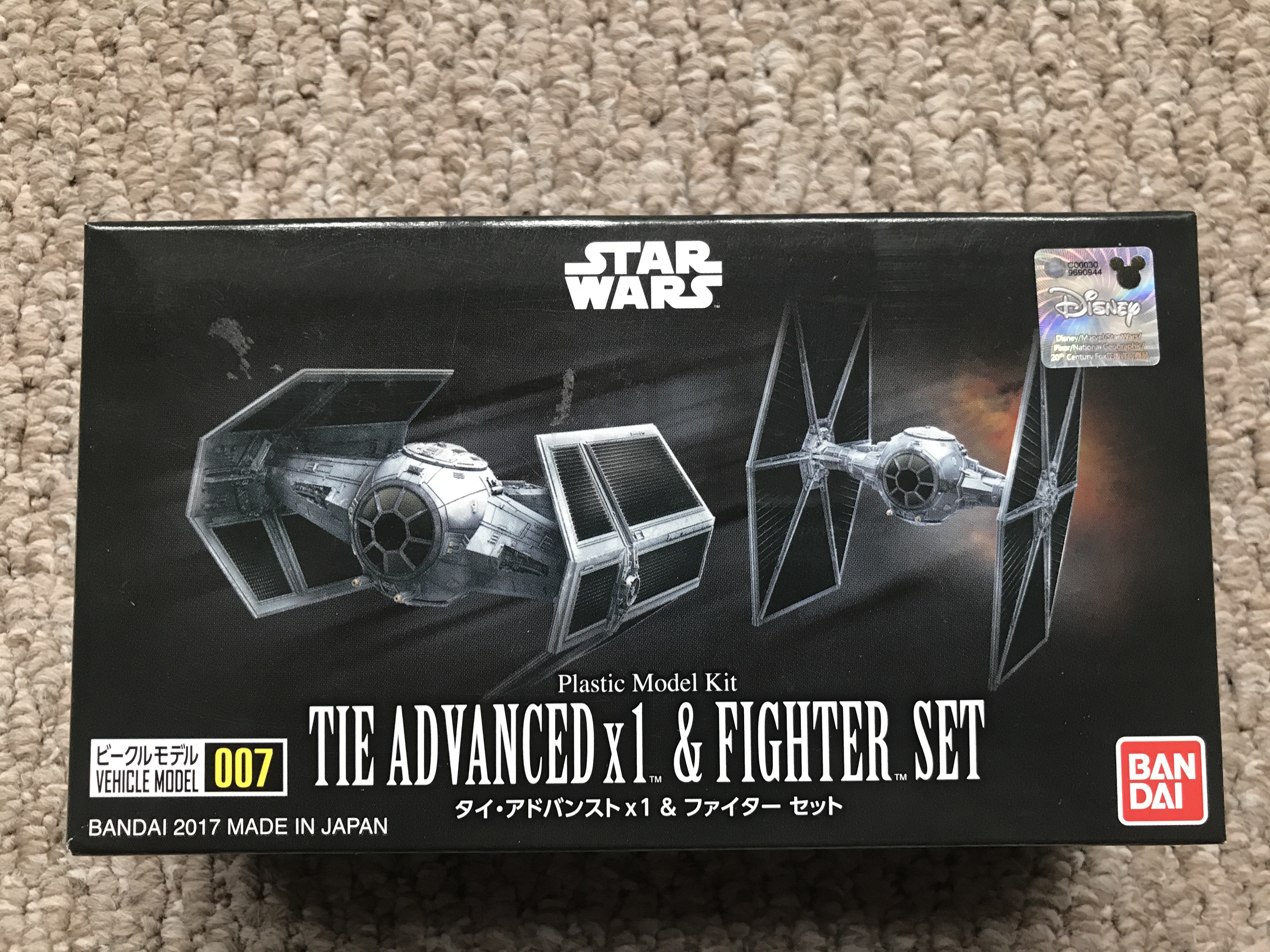 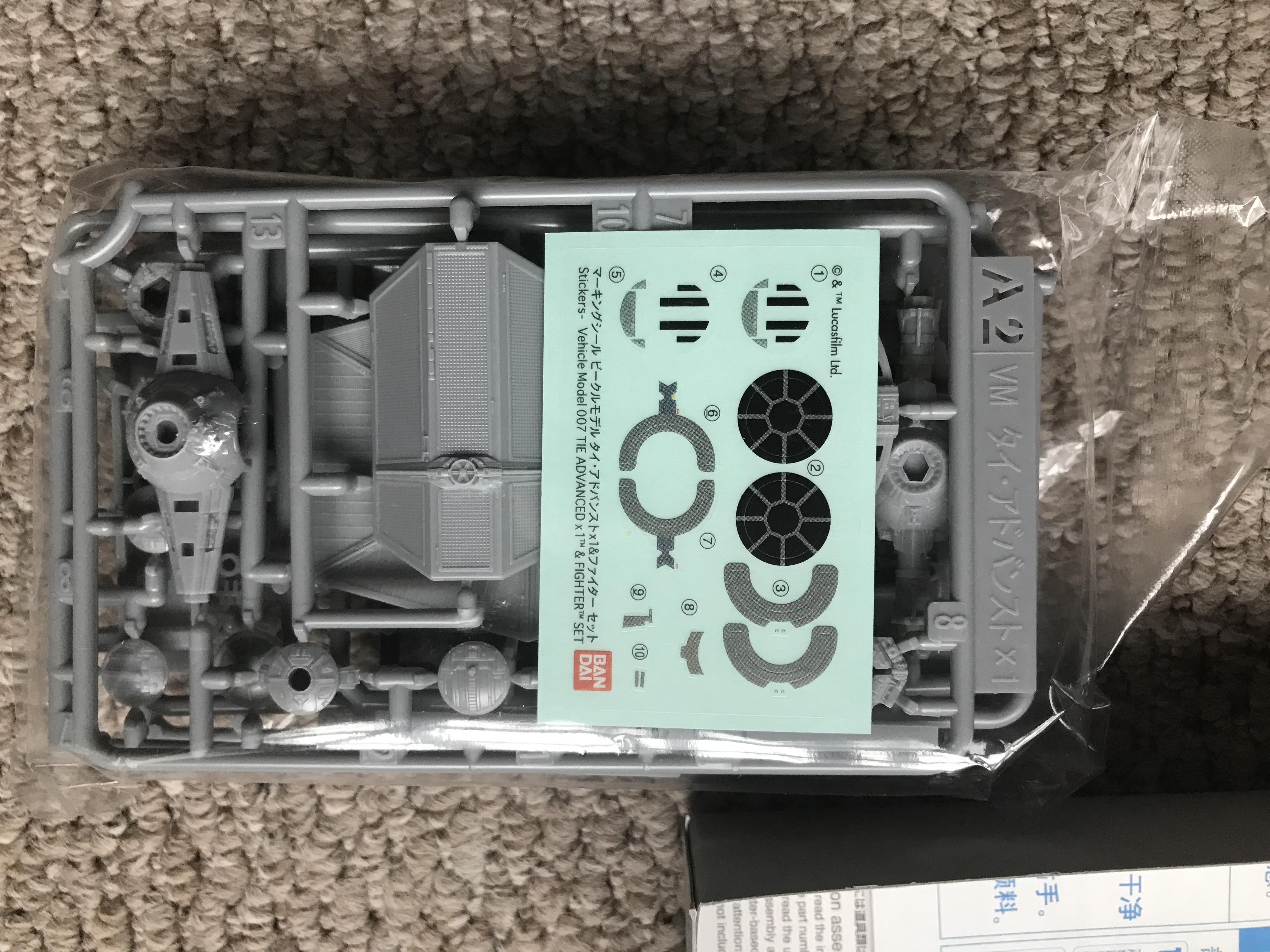 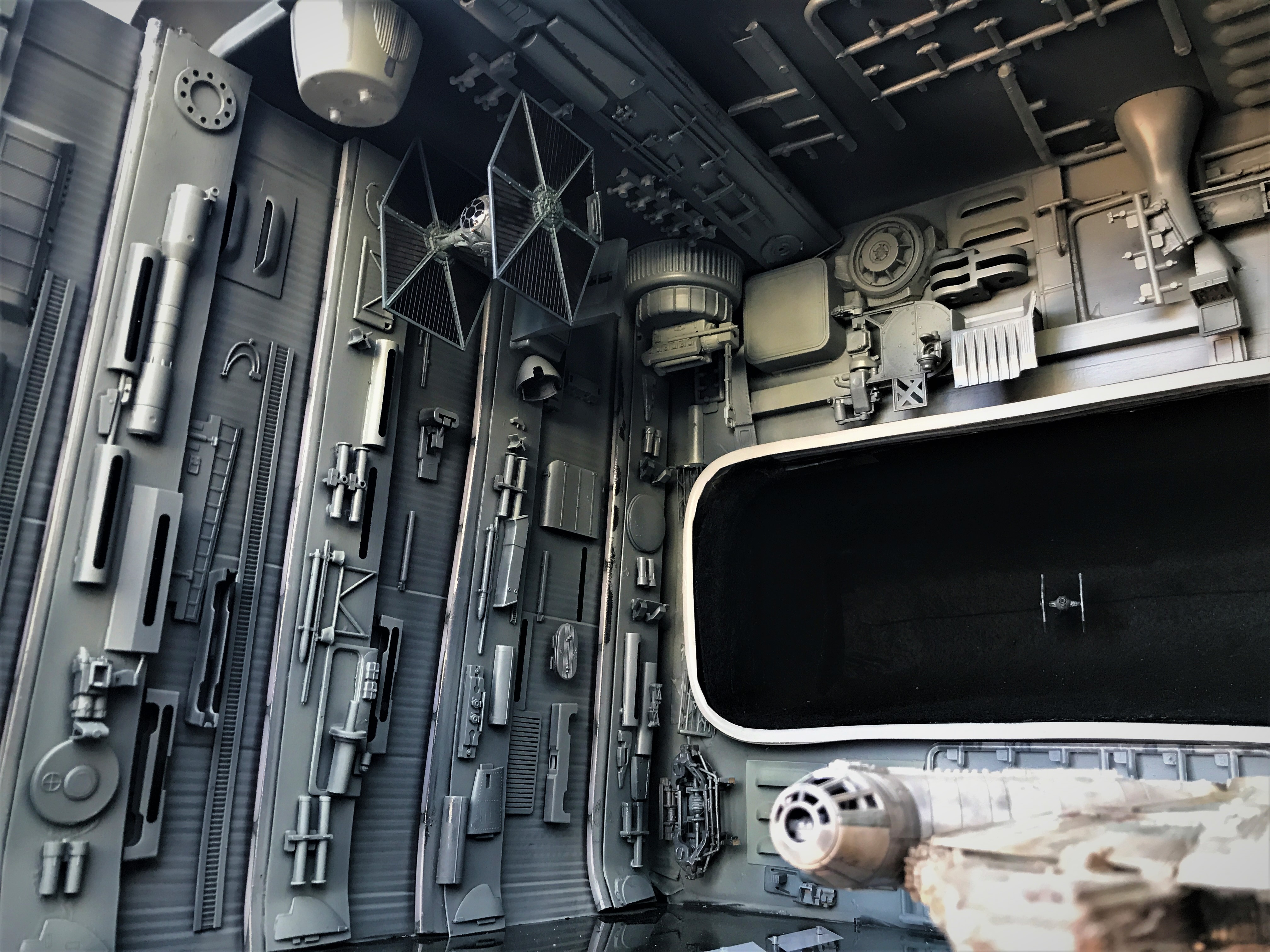 Staff member
the Falcon looks awesome and loving the dio base

Kenny Conklin said:
the Falcon looks awesome and loving the dio base
Click to expand...

Hi everyone, another update on the diorama which is based on the scene from the first movie A New Hope. I used a Bandai 1/144 Millennium Falcon kit along with TIE fighter / TIE advance in the same scale and two 1/350 3D printed TIE fighters to give a force perspective. The hanger bay was made from an old polypropylene storage box that I found in the attic. Lots of scratch building and kit bashing has gone into this build, I still have an army of Stormtroopers and a Darth Vader figure to add to this diorama which will give the hanger bay a real sense of scale. Today I had another delivery of 40 3D printed Stormtroopers which I have added into the diorama, however although the build is 98% complete, the final batch of Stormtroopers should arrive early next week. 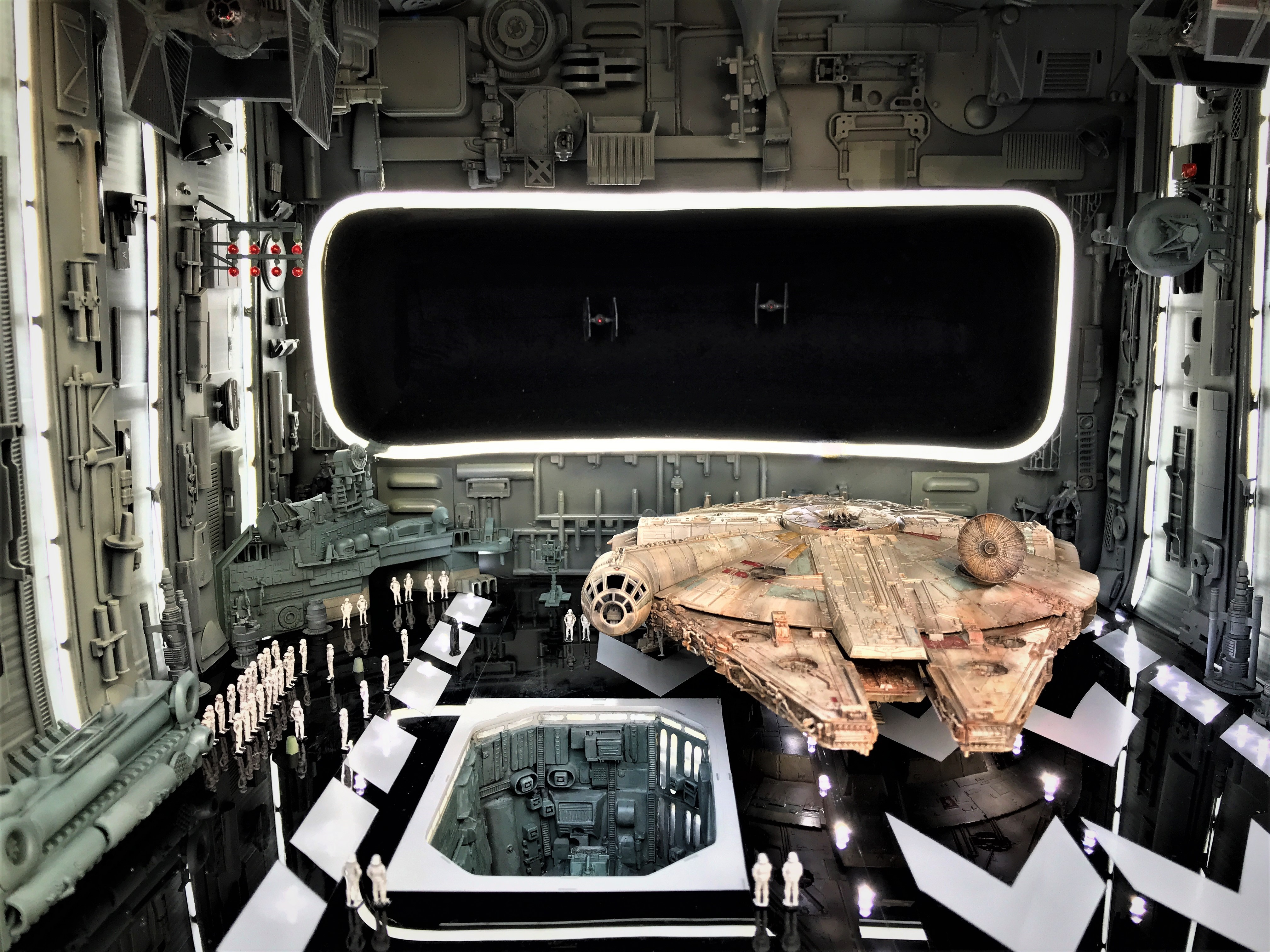 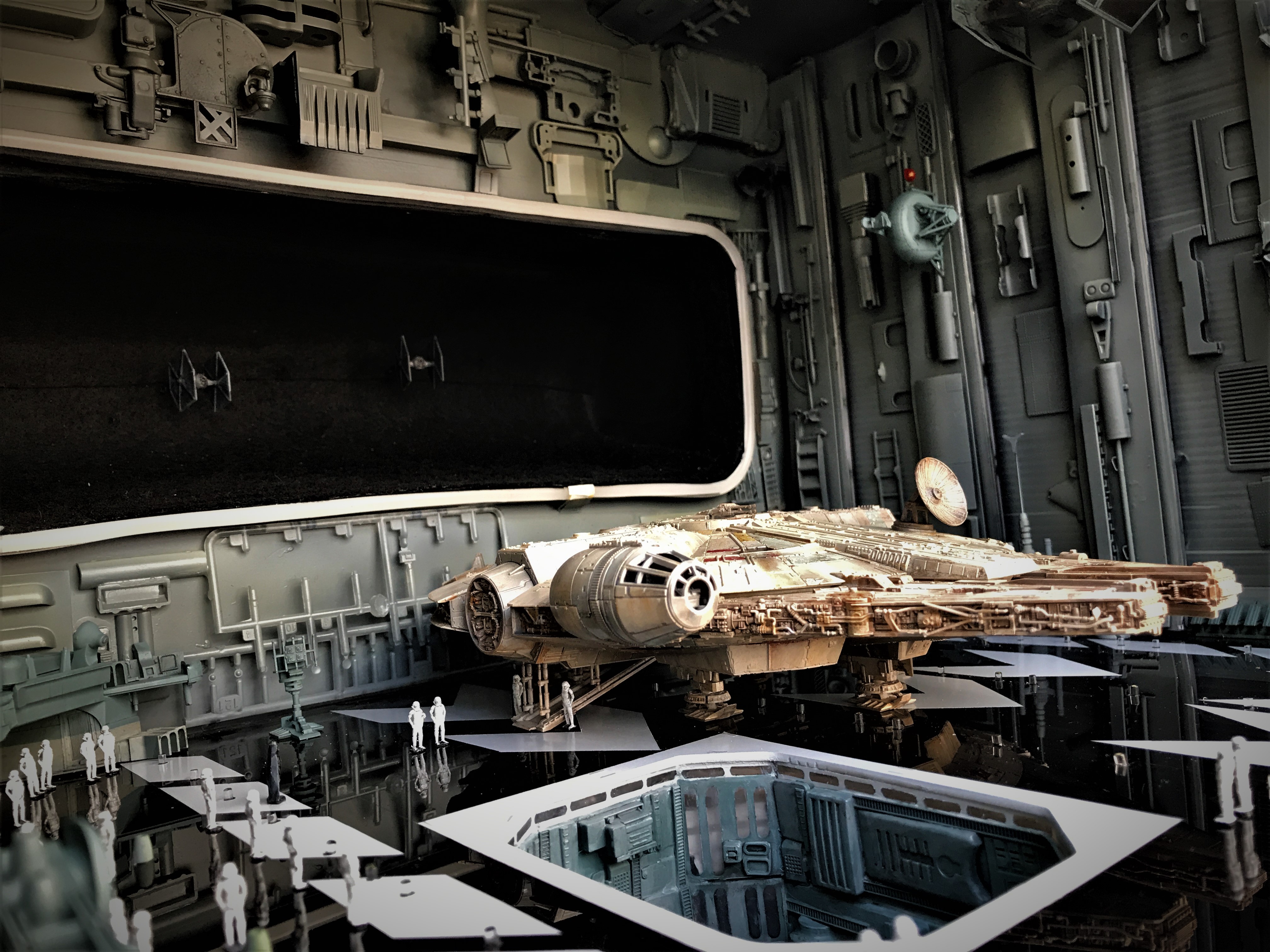 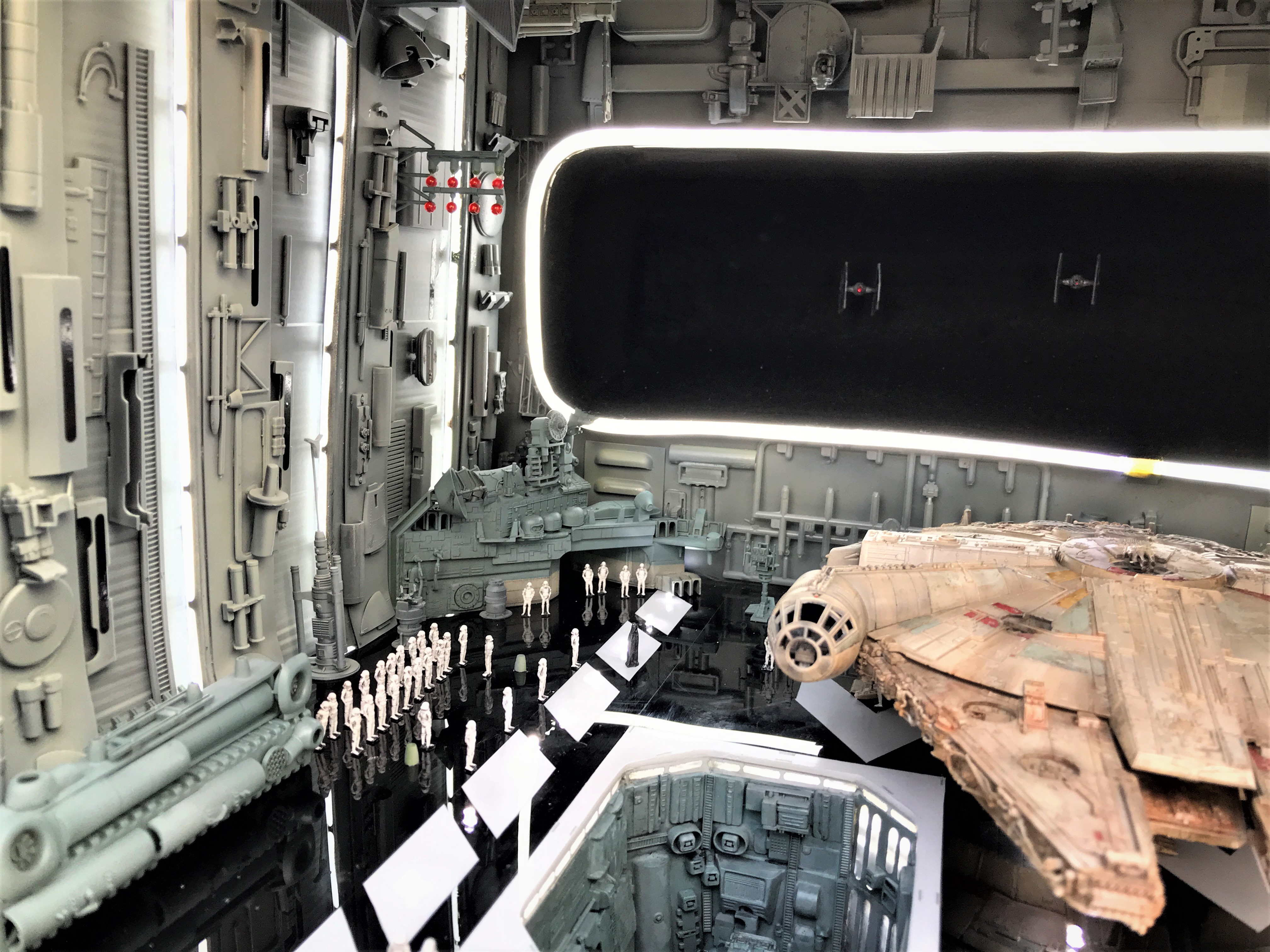 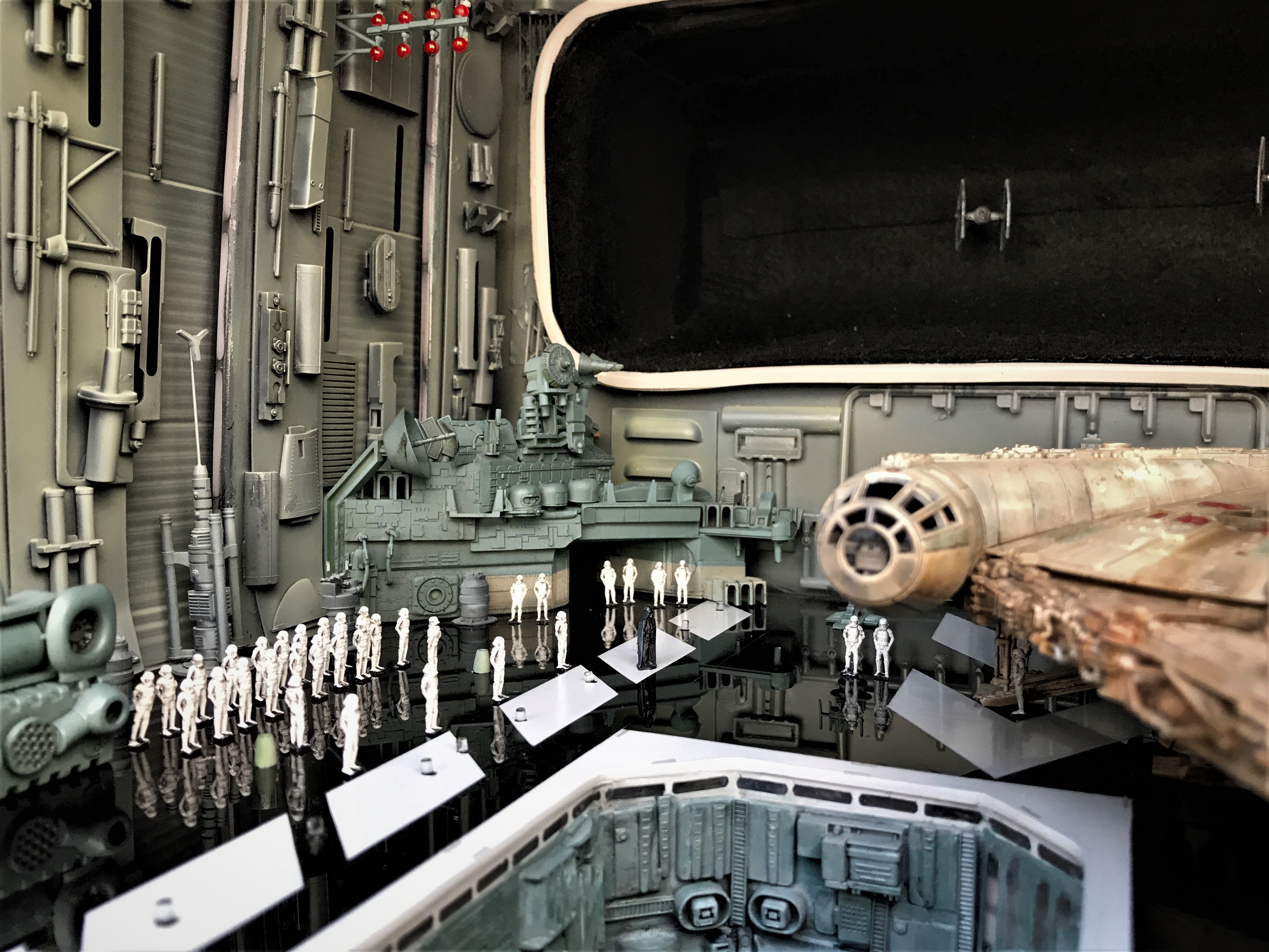 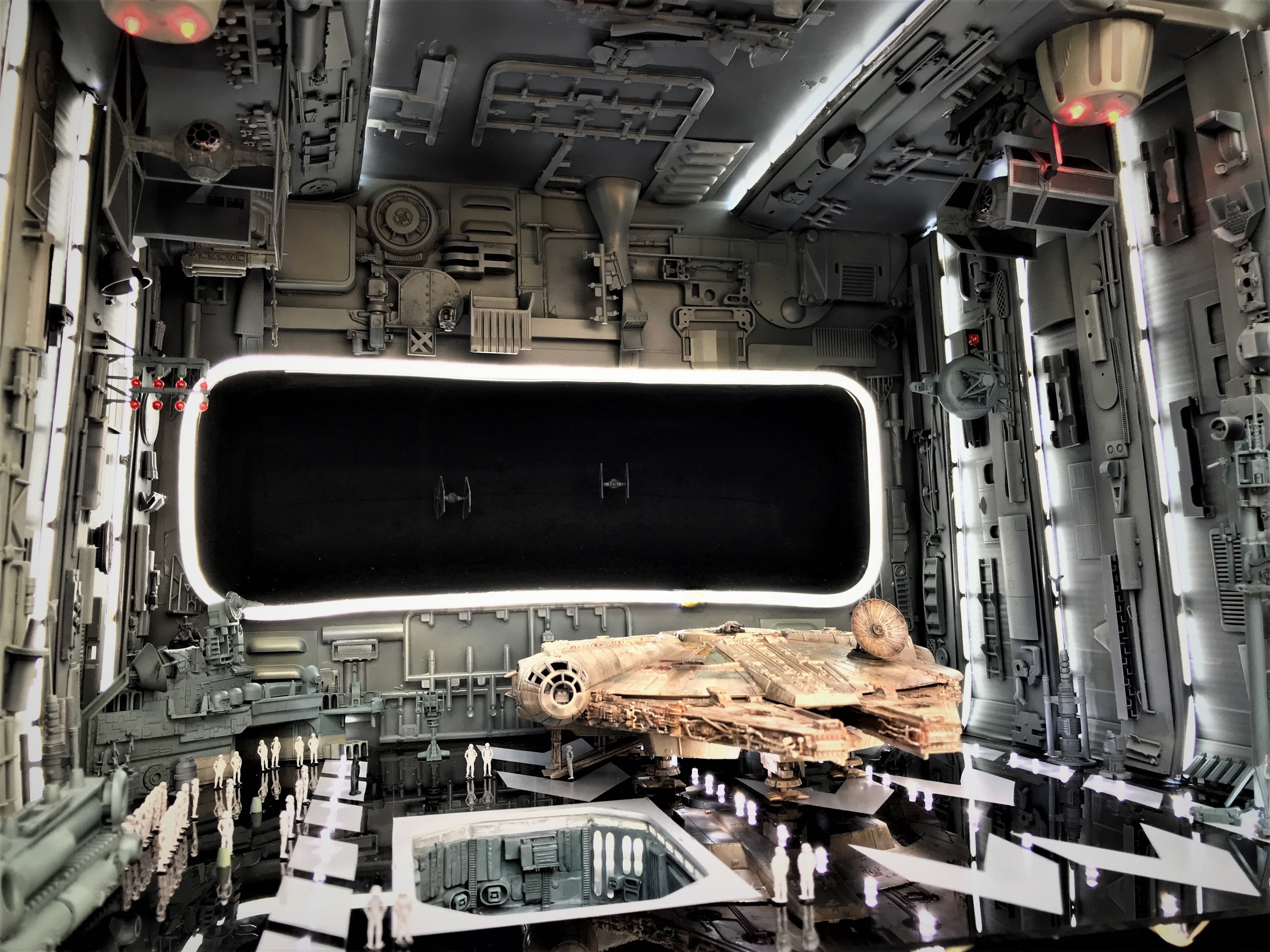 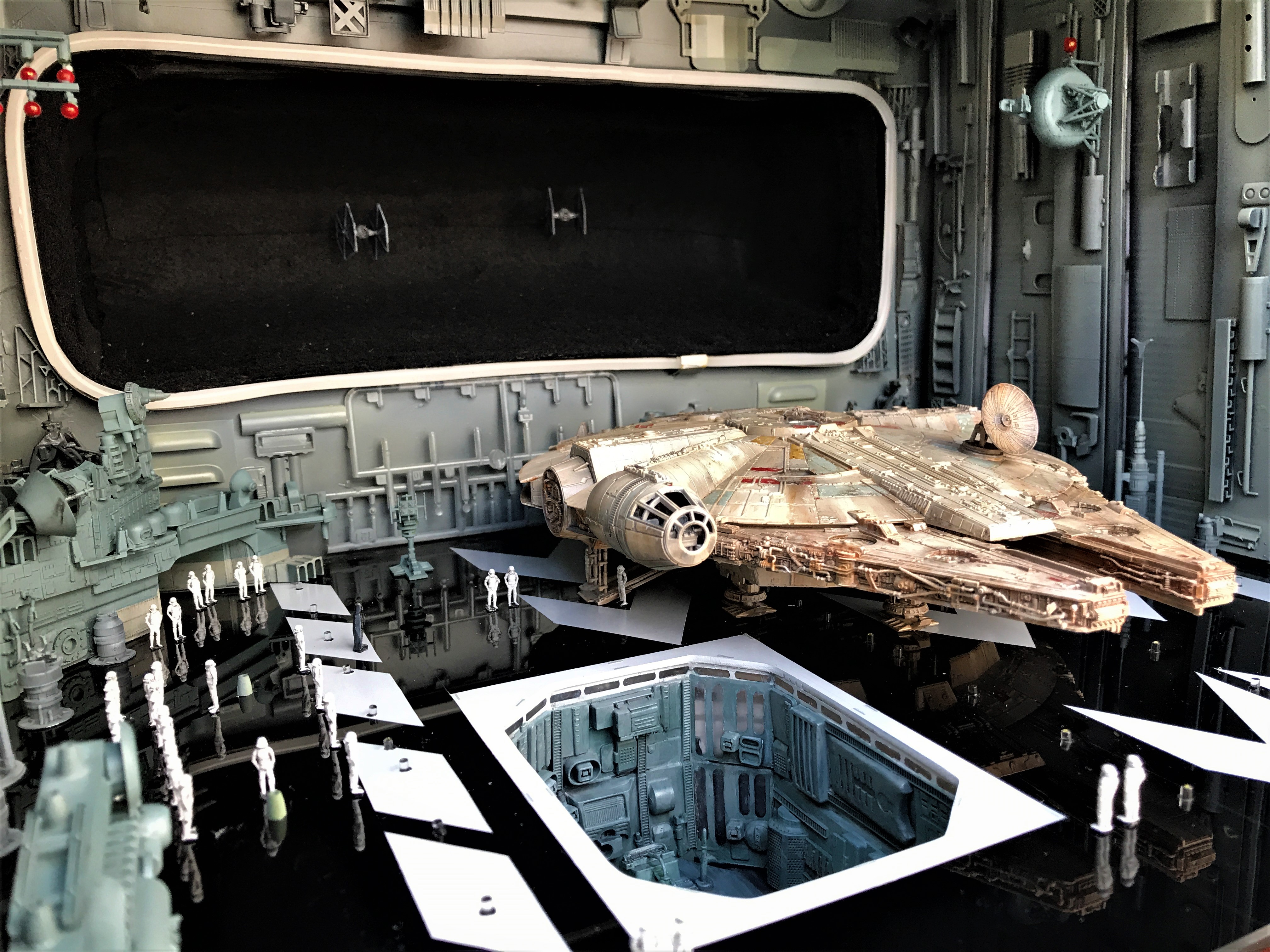 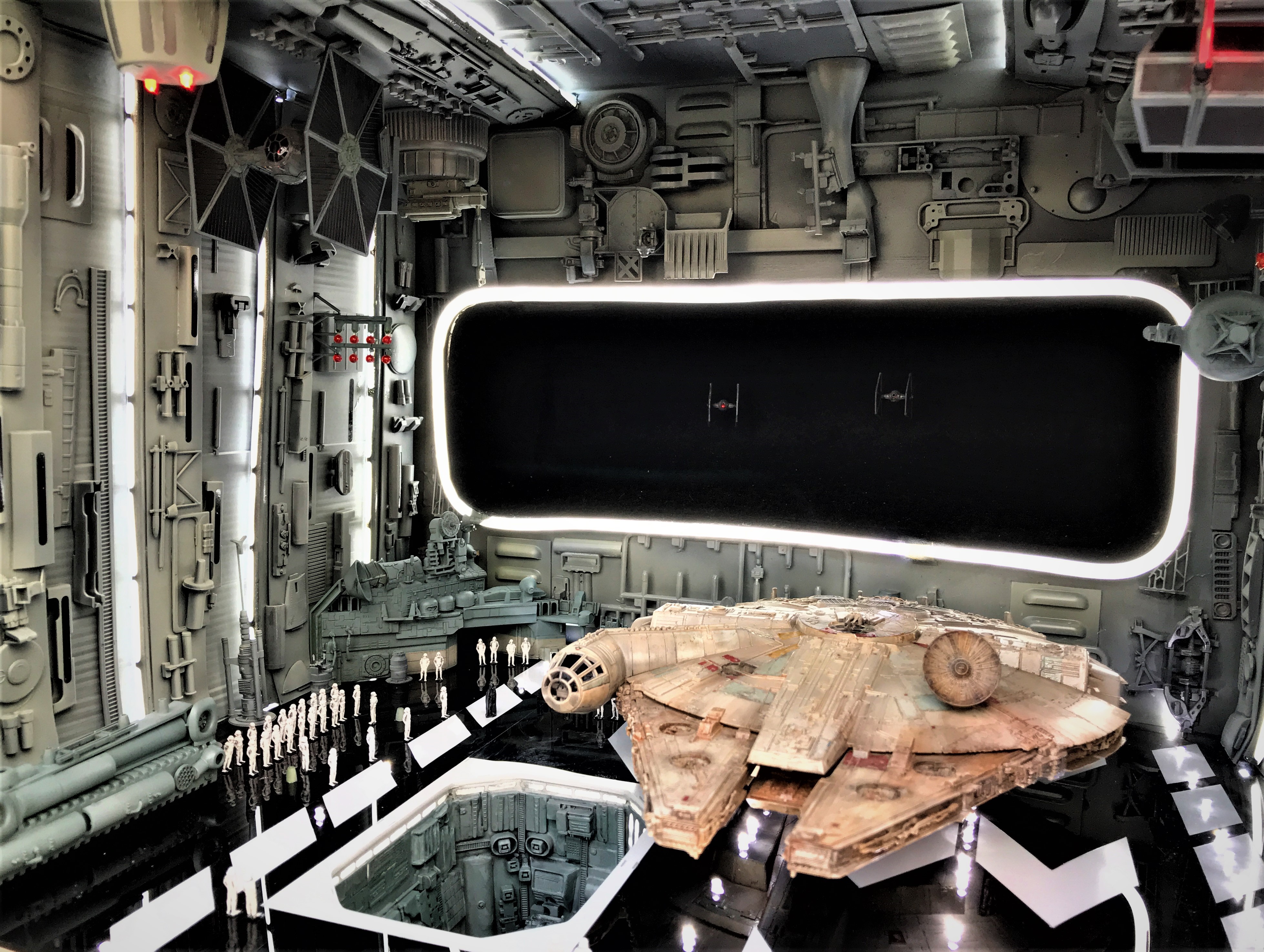 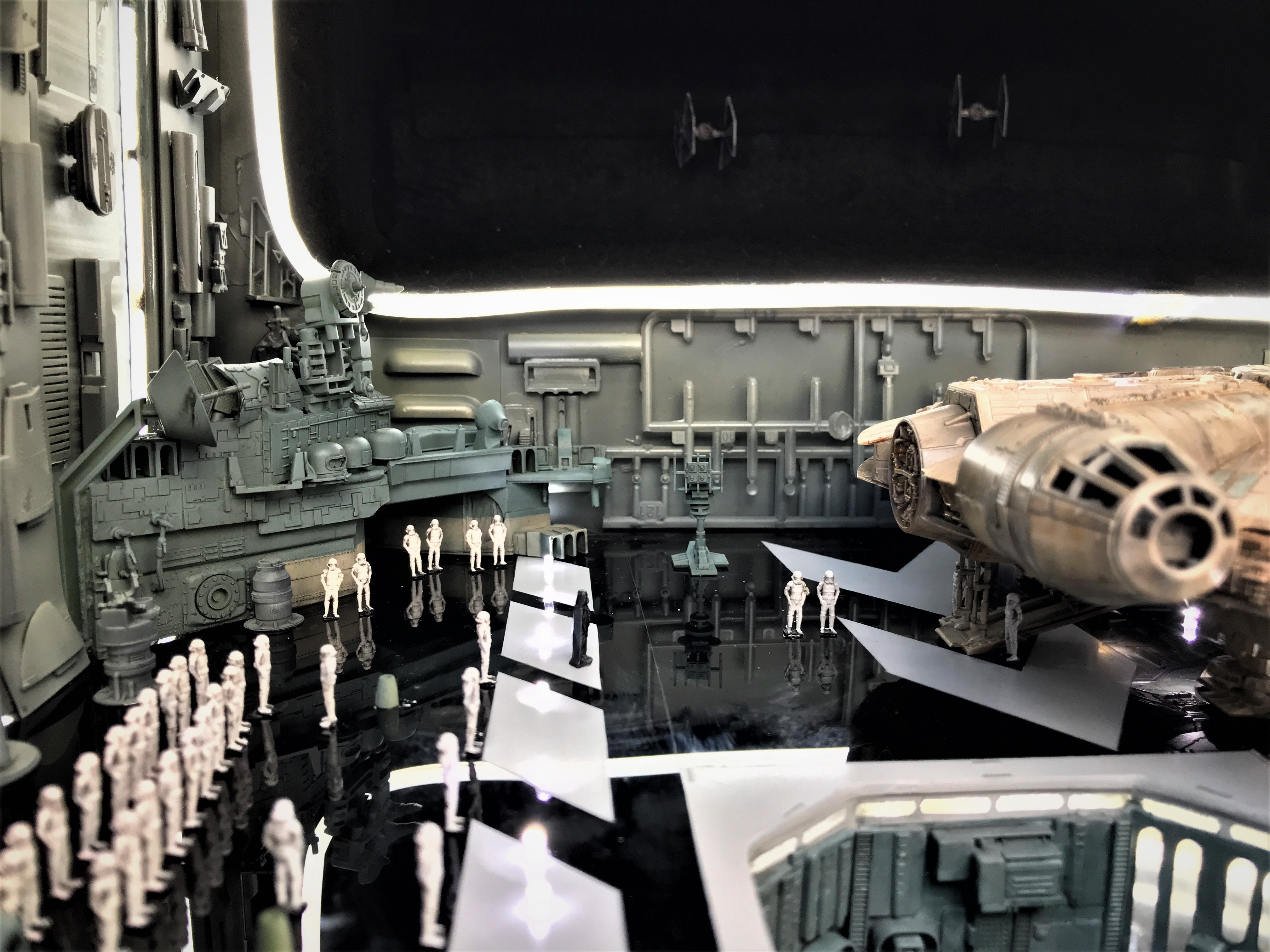 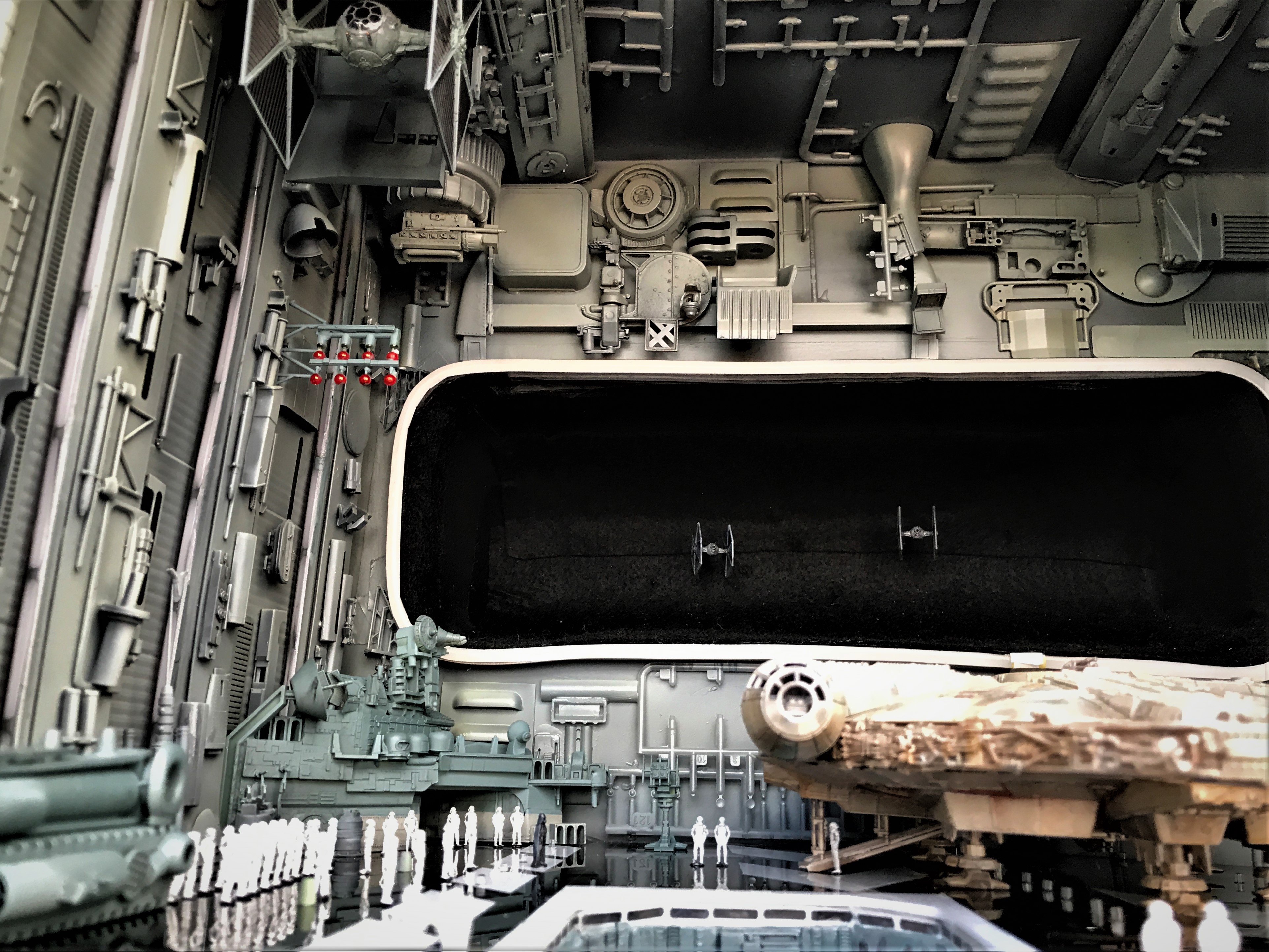 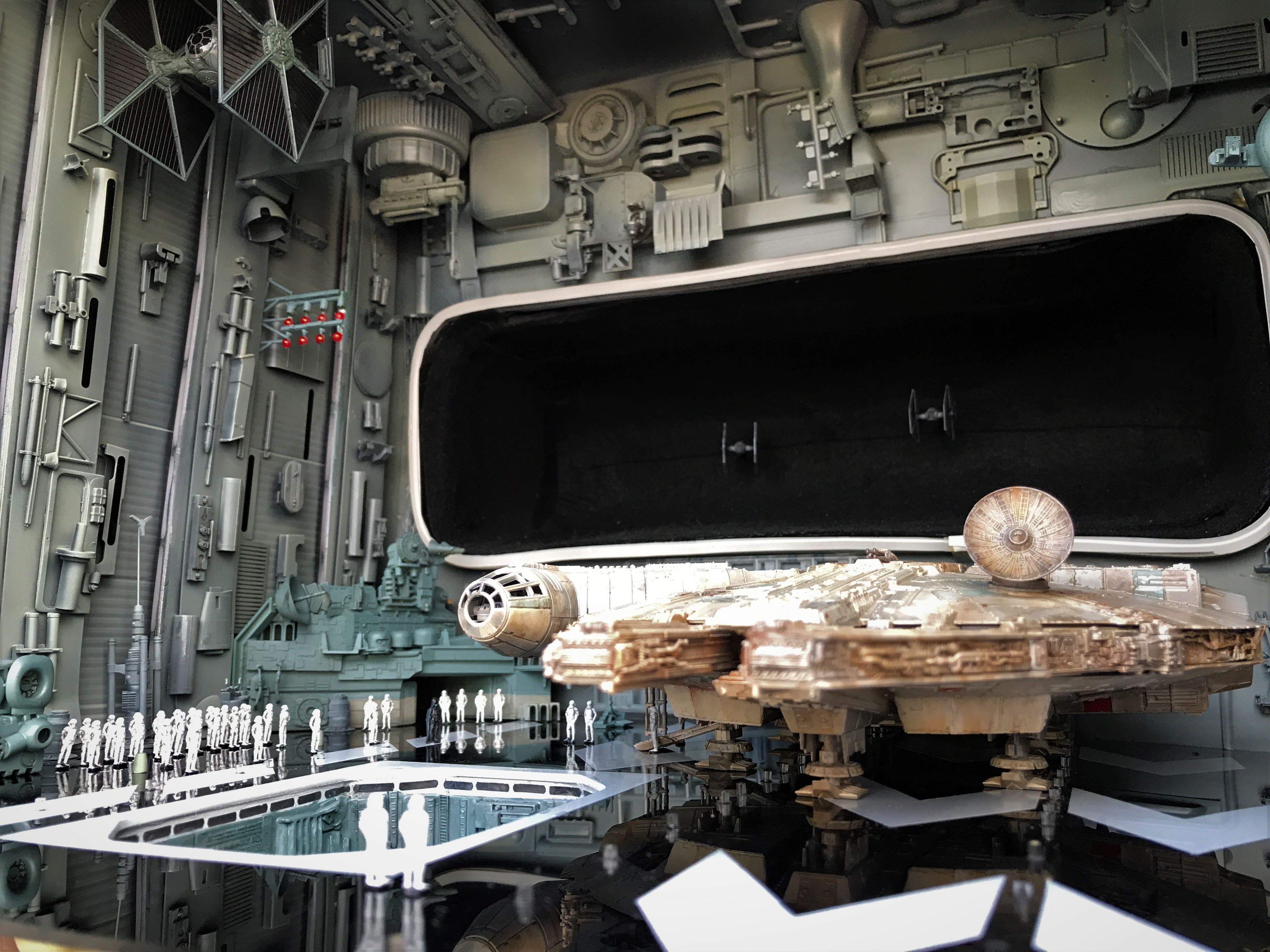 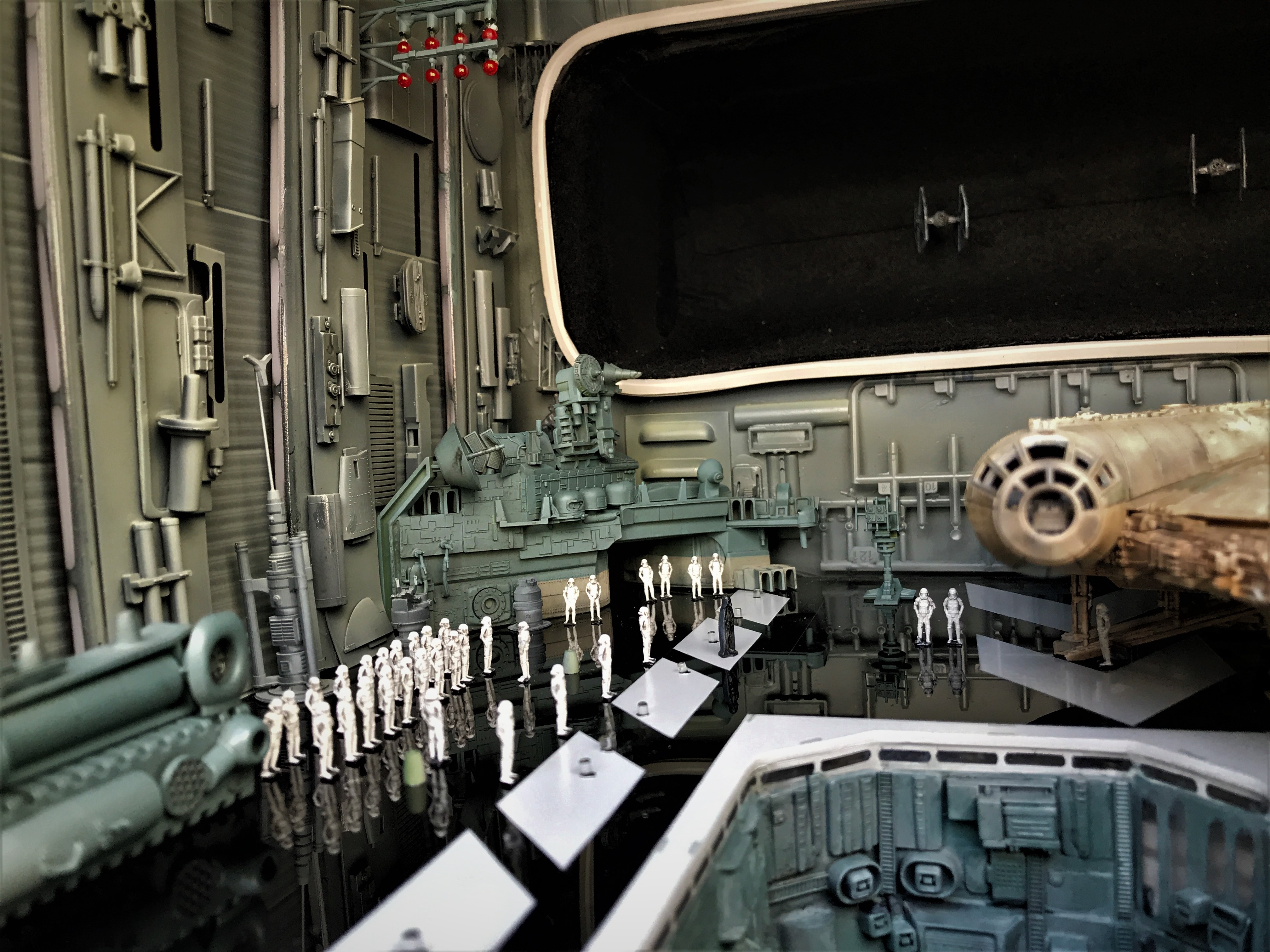 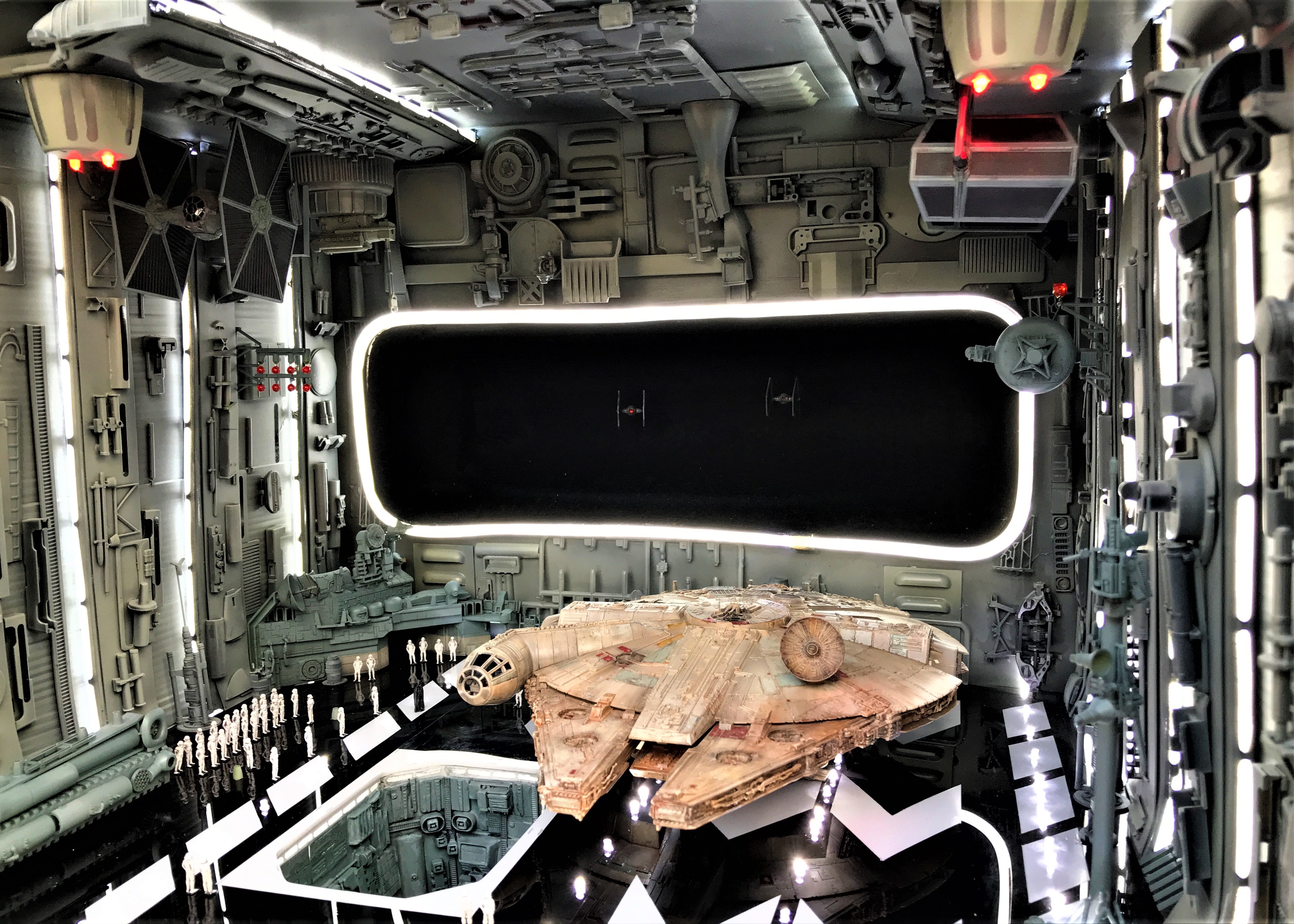 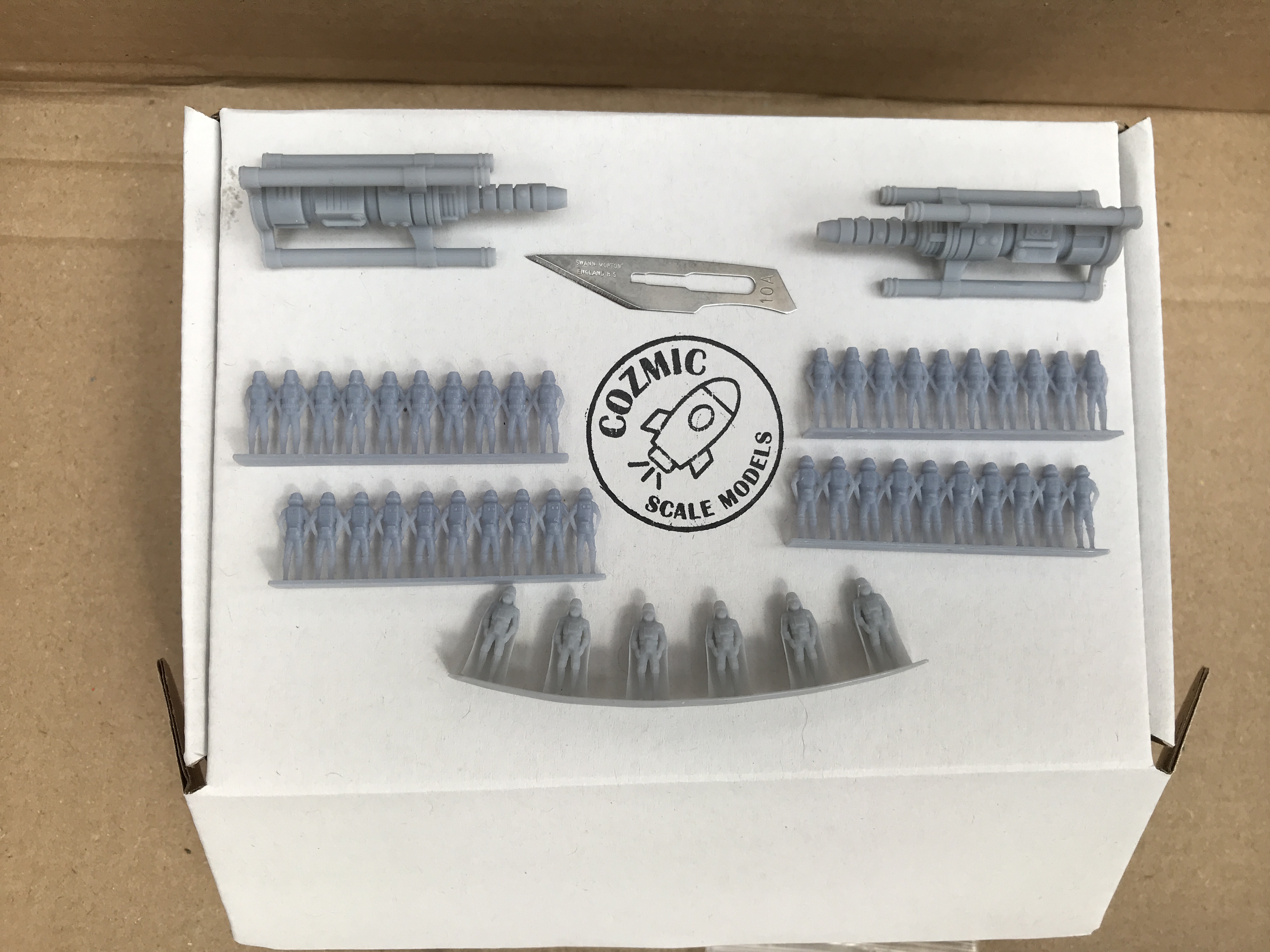