Staff member
she is coming along really nicely!

Staff member
Oils for the face and eye shadow have been applied. Just blocked in for now. I went with a dark blue because there's a couple shots where you can see it fairly clear. 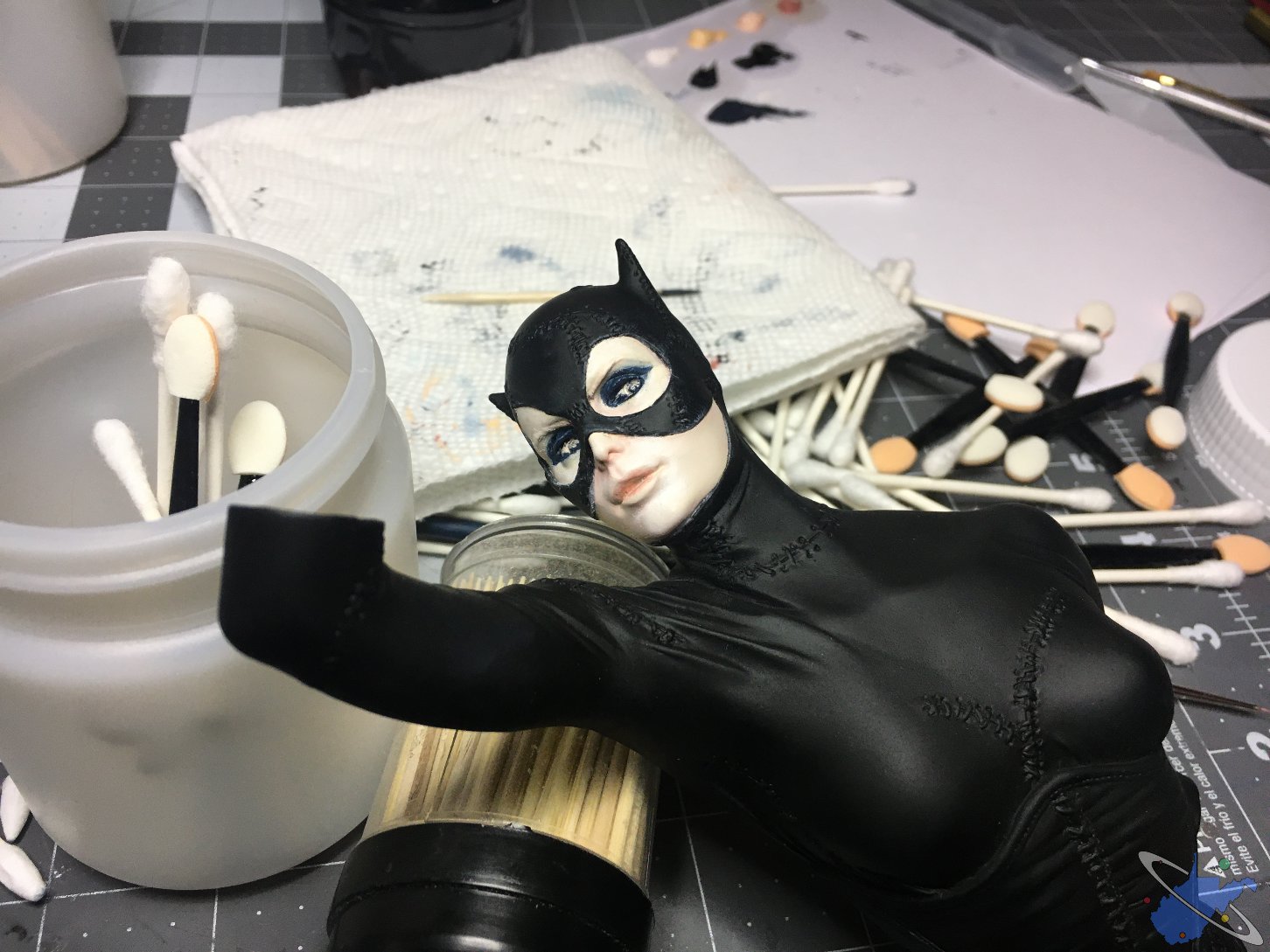 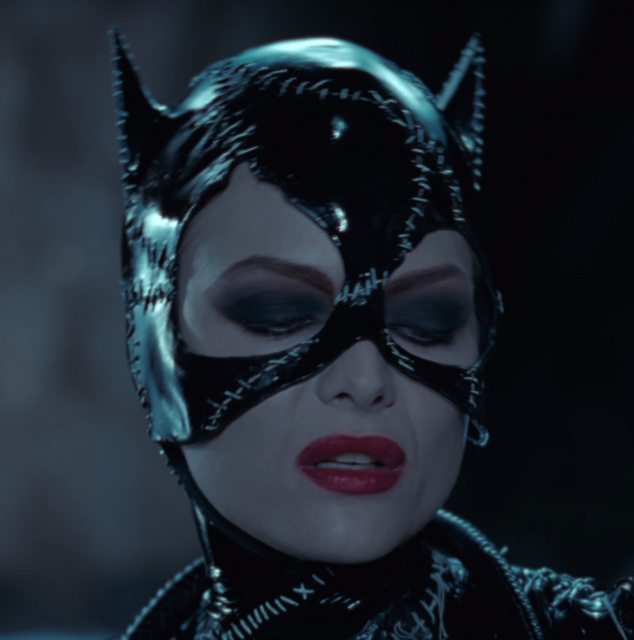 She's drying the the hot box now. Should be ready for a satin polyurethane clear and final acrylic colors by tomorrow. Then things should start moving more quickly.

Staff member
Well everyone, I hate to be the bearer of bad news, but Catwoman has become a shelf queen.

I'd like to say it was due to events beyond my control, and it part, it was, but I should have seen it coming. I got some Vallejo Premium Polyurethane Gloss to use because I was so impressed with the Satin and Matt versions. But, when I sprayed it this evening, a rough pebbly texture formed. I was trying to justify it, even though I shouldn't have, and then it hit me. "It's a polyurethane stupid. It's been frozen and crystalized." Once that happens, a polyurethane is ruined.

I was kicking myself in the butt, because UPS spent three days trying to deliver it in the snow. I should have known, but it skipped my mind.

I tried peeling it away with masking tape to some success, but I thought to myself, "why are you doing this half-assed attempt that'll never look good enough." So I did the only sensible thing. She's now soaking in Super Clean.

Make no mistake, even though she's a shelf queen, she will be finished. And it'll be even better than before. Not tomorrow, or next week, or next month, but she will be finished before the Shelf Queen Group Build is over. Sorry to disappoint anyone, but it happens to all of us at some point(s) in this hobby. I'm going to do it right, not just "fixed."

Now to figure out what my next build will be ...

Thats rough bro, but you made the right call in the end. Cant wait to see what you'll build next. Chin up!

Rascal said:
Thats rough bro, but you made the right call in the end. Cant wait to see what you'll build next. Chin up!
Click to expand...

Oh don't worry, I'm not down or anything like that. It is what it is. Like I said, I'll do it even better next time.

The Models i Built for the Batman Group Build ....

I had Planed on Building The Batwing Model's from the 89 Batman Movie and Batman Forever but didn't get around to it because of other Builds .

I had Planed on Building The Batwing Model's from the 89 Batman Movie and Batman Forever but didn't get around to it because of other Builds .
Click to expand...