Next step is to level out the hull to be mounted on its base. What I mean by this is after making the modifications to bend the hull we turned the shape of it from a straight line (Arrow) to a curve (banana). creating a large gap under the Bridge and Well deck 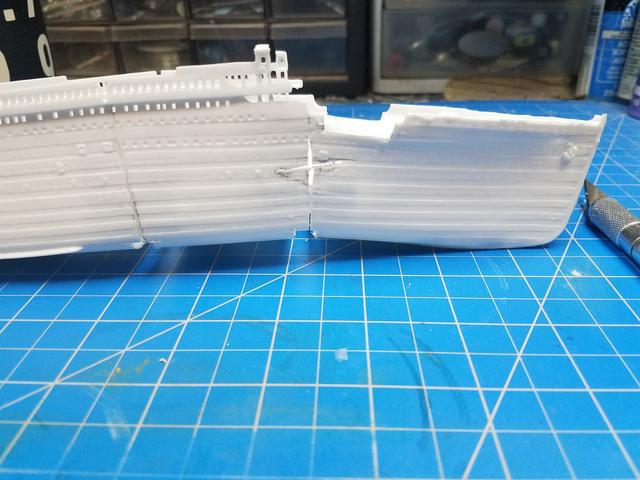 In reality the Hull section is laying flat on the seafloor with the very front of the bow buried over 60 feet into the silt. If I was to replicate this on my model would need a base about two inches thick and dig a hole for the bow to sit in. That's just silly and I don't want or need a base that thick. So the fix would be to remove 60 scale feet or so of bow. Here is my plan. 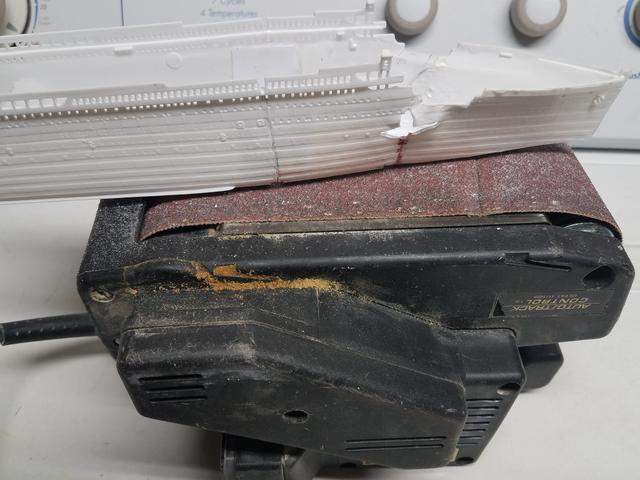 Using this highly sophisticated and delicate modeling tool (a belt sander) I set to work. I mounted the belt sander and locked it in the on position. I then sanded the bow section until it was level with the rest of the main hull. Easy peasy. This is where re-enforcing the hull earlier paid off. It actually took a lot of work to hold the hull in place while sanding it down. It was ripped from my hands and shot across the room several times. I have no doubt I would have inadvertently crushed the sides together and broken the keel had I not re-enforced them 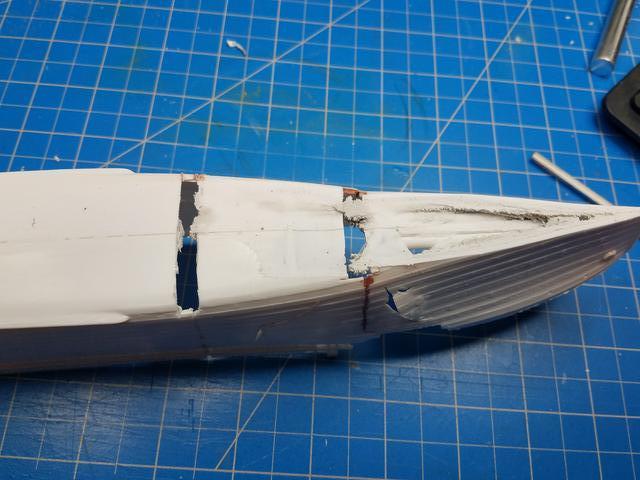 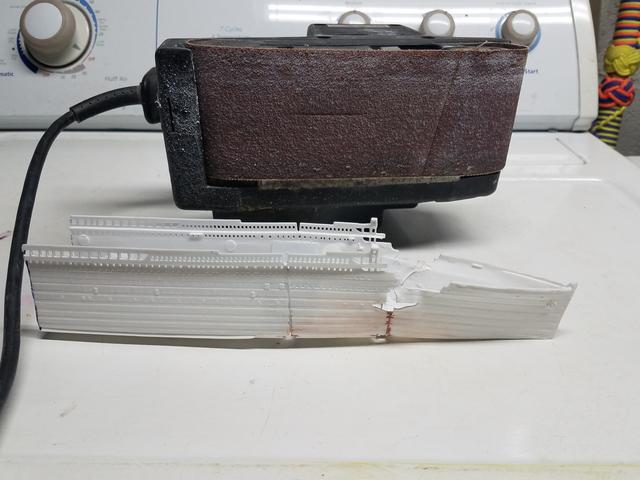 Next I need to find some good pictures of both the port and starboard sides of the aft section where she tore apart from the stern. I know it doesn't have to be exact nor will it but I want to try and get close to what it really looks like.

Thank you everyone for taking the time to look at my silly project and a special thanks to those that have been adding to the conversation. You guys are the best

Staff member
That pe will make a big difference. And, you are a braver man than I with the belt sander.

Kenny Conklin said:
That pe will make a big difference. And, you are a braver man than I with the belt sander.
Click to expand...

It would have been interesting if I could have had a video setup to capture the ship being ripped out of my hand and shot across the room.

waiting for the next installment